At the end of September, NGO “FORZA” (Ukraine) in partnership with the National Forest Centre (NLС) from Slovakia organized study tour to Transcarpathia for Slovak foresters, scientists and staff of the forest center within the framework of the the project «FOR SOC: Forests for society – forests without barriers” funded by a grant from Norway through the Norwegian financial mechanism and co-funded from the state budget of the Slovak Republic.

The trip was organized to enhance the development of the Slovak-Ukrainian partnership, to familiarize the participants with the aim, objectives and progress of project implementation in Slovakia and Ukraine, with the recreation objects in the forest environment, historical and cultural heritage of the Transcarpathian highland communities, promoting multifunctional role of forests and increase of the environmental awareness. Presentation, made by Igor Kotsur, first deputy head of the Transcarpathian Regional Forestry and Hunting Administration, was the starting point of the program in Transcarpathia. From the presentations and discussions, the participants got acquainted with basic characteristics, achievements and trends of forest management in the region, including its tourist and recreational component.

Next day, enjoying the mountain landscape during the four-hour trip to Mizhhiriya region and on the way back to Uzhgorod, Slovakian foresters had the opportunity to hear from Serhii Stepchuk, guide from Uzhhorod region, who accompanied the group all the time, the history of the villages and towns, castles and caves, peaks and lakes, historic cultural and public figures, talented artists, famous and not so famous people of the region, local traditions and songs, relations between foresters and communities of that of this village or district. From time to time the story was accompanied by a good joke or a song, traditional for certain border areas of Slovakia and Transcarpathia. Yurii Babichyn, head of environmental- educational department of the National Nature Park “Synevyr” (leading environmental research institution engaged in the protection, preservation and study of this unique part of the Carpathians) walked along the traditional path to the famous lake Synevyr. From him the Slovakian foresters heard about the features, role and activities of the national park to preserve the natural, historical and cultural sites, activities aimed at the tourism, recreation, eco-educational activities, interesting legends about the origin of the lake, located so high in mountains.

Guests from Slovakia were fascinated by the largest lake of Ukrainian Carpathians, one of the Seven Wonders of Ukraine, which is located between the mountains, among the spruce-fir forest at an altitude of 989 meters above sea level. Participants appreciated efforts to preserve nature and the work of employees of the National Park in rehabilitation centre for brown bears. Workers pf this centre create appropriate conditions for the rehabilitation of brown bears who suffered in the past from the human cruelty while being in captivity. Participants of the study tour were also acquainted with current and previous ways of life of residents in the territory continued in village Kolochava, called a village of 10 museums, 20 monuments and 20 attractions, known in Ukraine and abroad not only because of the famous book of a Czech writer who lived in the last century in the village and wrote a book called Kolochava, but also due to the open-air museum (scansion) “Old village”, “Kolochava narrow-gauge railway”, “Kolochava bokorashi” and several others. Guests from Slovakia were able to become familiar with objects and exhibits, architecture, life, business and professional activities of villagers in previous years, see and feel the combination of tradition and culture of Hutsul, Boyko, Lemko, Hungarians, Romanians, Germans, Jews, Czechs and Slovaks, who lived in peace in Kolochava and established the common history.

The study tour of Slovakian foresters to Transcarpathia finished with being acquainted with the state enterprise “Uzhgorod forest management unit” and its Kamianytsia forestry. Vasil Lysytchuk, forestry engineer, former enterprise employee and forest guide, showed to the guests the information-educational paths of the open-air forest museum and informed them about museum exhibitions that were established and then further improved by former and current ofrest enterprise employees. Lively discussions and debates, with involvement of enterprise director Vasil Kii, chief forester Valentin Hecker, Vasily Lysytchuk and Slovak colleagues – foresters, continued in the conference room of the state enterprise. Director of the enterprise stated that through information and educational objects, rich collection of forest trees and shrubs of the arboretum, plants-indicators of the forest types, natural minerals, forest nursery and other illustrative materials and historical documents the Uzhgorod forest management unit improves awareness of museum visitors and the younger generation, enforce their love and respect for the forest and traditions of forestry.

Presentation of Milan Sarvas, project manager from NFC, discussion and debates were aimed at the discussion of already implemented activities and measures planned to be implemented soon in Slovakia and Ukraine within the project «FOR SOC», experience of the Uzhgorod forest management unit in being able to work in the absence of financial support from the state, future plans, possible common projects and cooperation of Slovakian and Ukrainian foresters. 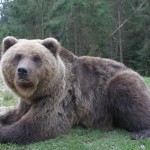 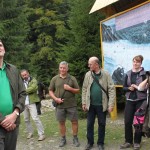 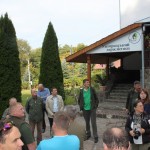 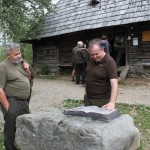 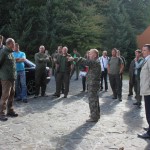 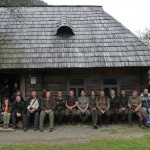 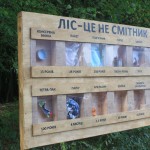 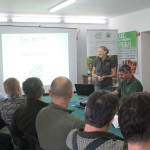 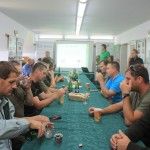 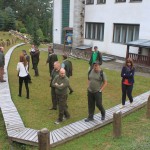 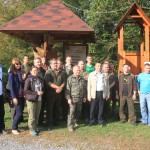 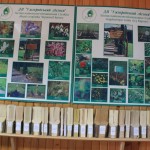 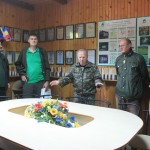 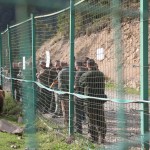 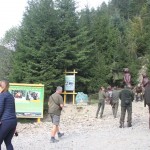 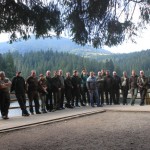 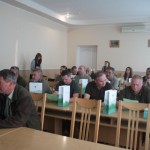 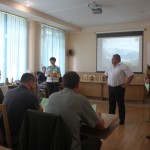 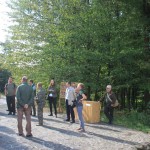 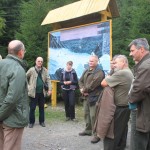